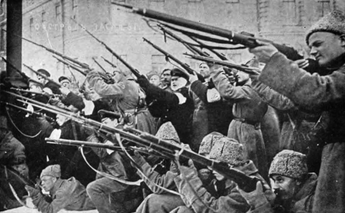 February Revolution:
The February Revolution, which actually lasted from March 8-March 15, 1917, caused the actual downfall of Tsar Nicolas II. On the eighth, demonstrators demanding bread for their starving families mobbed the streets of Petrograd (now known as St. Petersburg). For three days protesters rebelled against the government before the army garrison was called to handle the situation. By handle, I of course mean raining open fire upon defenseless civilians. Despite this, the imperial government was forced to surrender to the relentless civilians and on March 15, 1917, Tsar Nicolas II left the throne.

Bolshevik Revolution:
The Bolshevik Revolution was an interesting event. It helped create a new government in Russia and stabalize the country's industry and international relationships, but it also led to violent revolts and placed the nation in a civil war that lasted for just under four years and resulted in over 8 million civilian deaths and almost a million soldier deaths. Let's talk about this.
Once Tsar Nicolas II stepped down, the Bolshevik party, led by Vladimir Lenin, formed a dictatorship in the world's first Marxist state. He made peace with Germany and rebuilt the country's economy. However, anti-Bolshevik forces, known as the White Army, stirred up conflict with the Bolshevik army, known as the Red Army. The Red Army overall prevailed and this actually led to the establishment of the Soviet Union. 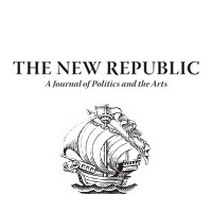 Critical Response
Despite its international acclaim, not all reviews on Animal Farm were positive. George Soule, a writer for the The New Republic Journal at the time, said the book "puzzled and saddened me." He believed the animals did not match up to their inspirations and the failure of the book was cuased by "stereotyped ideas about a country he {George Orwell} probably does not know very well."
The book was also banned in the Soviet Union, following its publication for "political content", And post World War II, it was called a "literary canon", because of its ability to bring back emotions of the war.